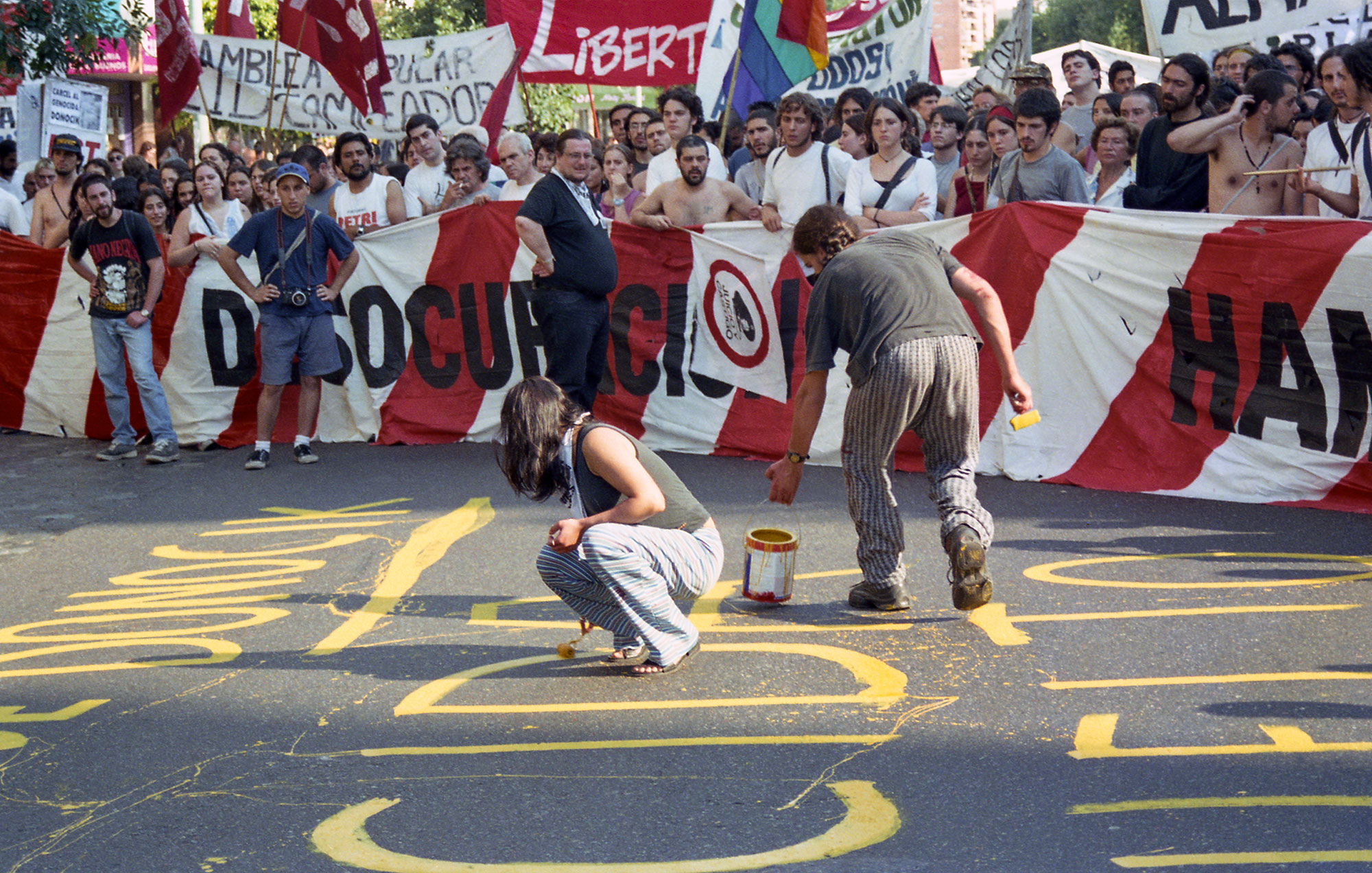 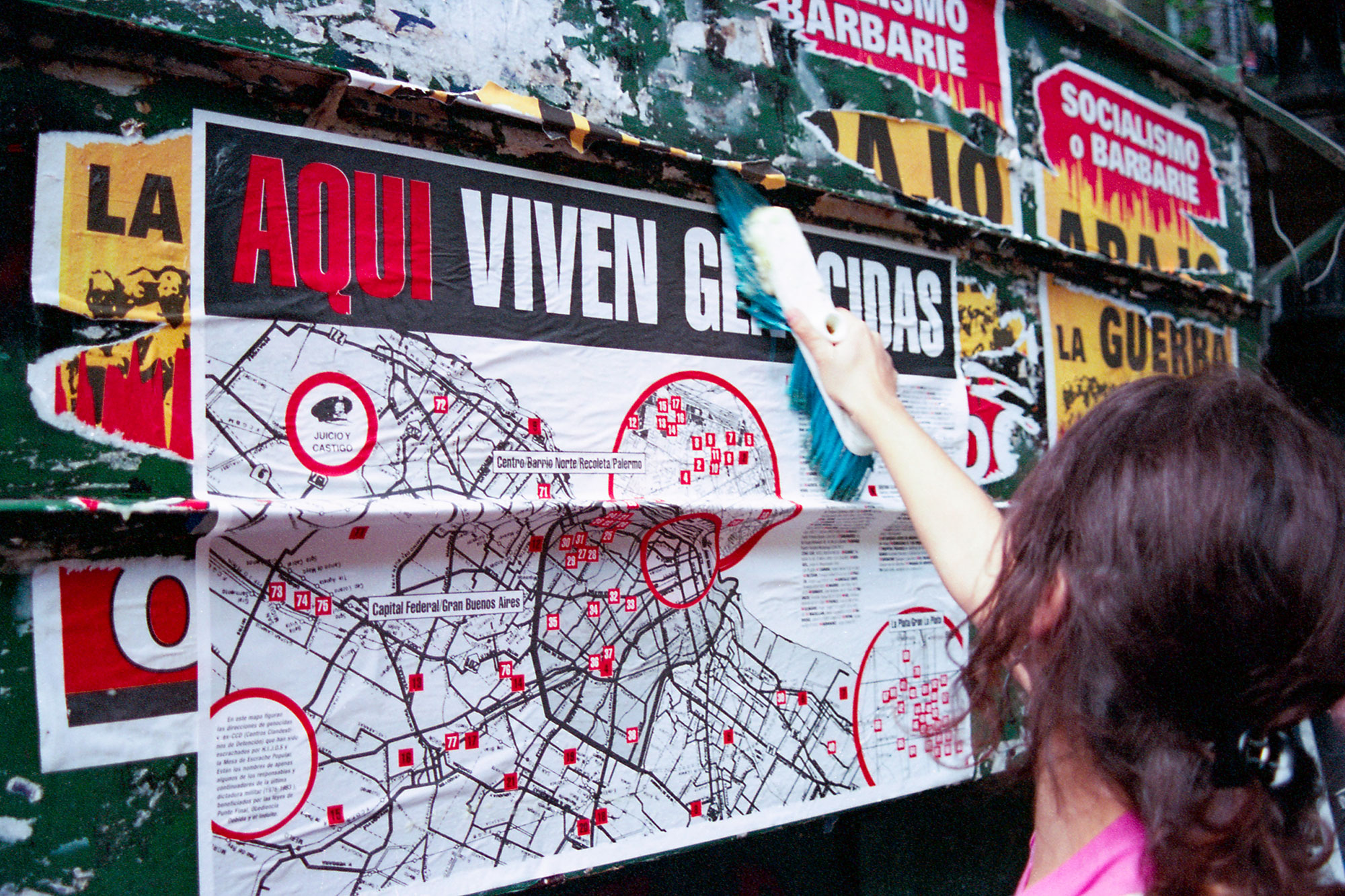 After years of organizing and sustained pressure from activist groups like HIJOS, the amnesty laws protecting the perpetrators were repealed. In the short documentary above, we see how peaceful protests ensured that the perpetrators could no longer live in quiet anonymity. Now “escrache” is an important tool for activists seeking justice worldwide.

Faced with a lack of prosecution of those accused of crimes against humanity committed during Argentina’s military dictatorship, family members and descendants of the country’s estimated 30,000 disappeared took action. In the mid-1990s, they began gathering outside of accused perpetrators’ homes and workplaces to publicly shame them and raise awareness about the government’s systematic and brutal targeting of its people — and how it had gone unpunished. The human rights group HIJOS (Sons and Daughters for Identity and Justice Against Forgetfulness and Silence) led and labeled this direct-action style of protest “escrache,” or exposure. 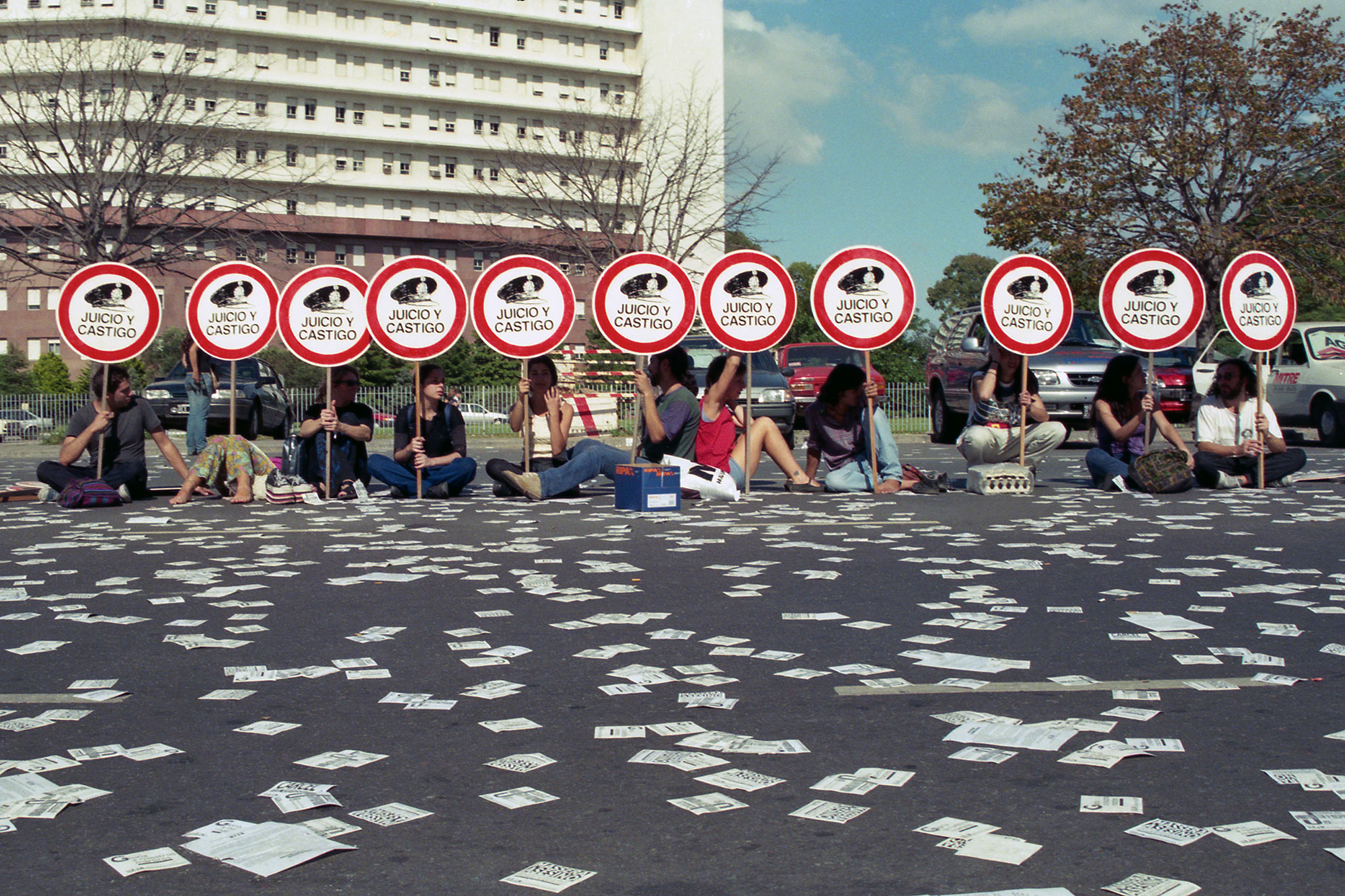 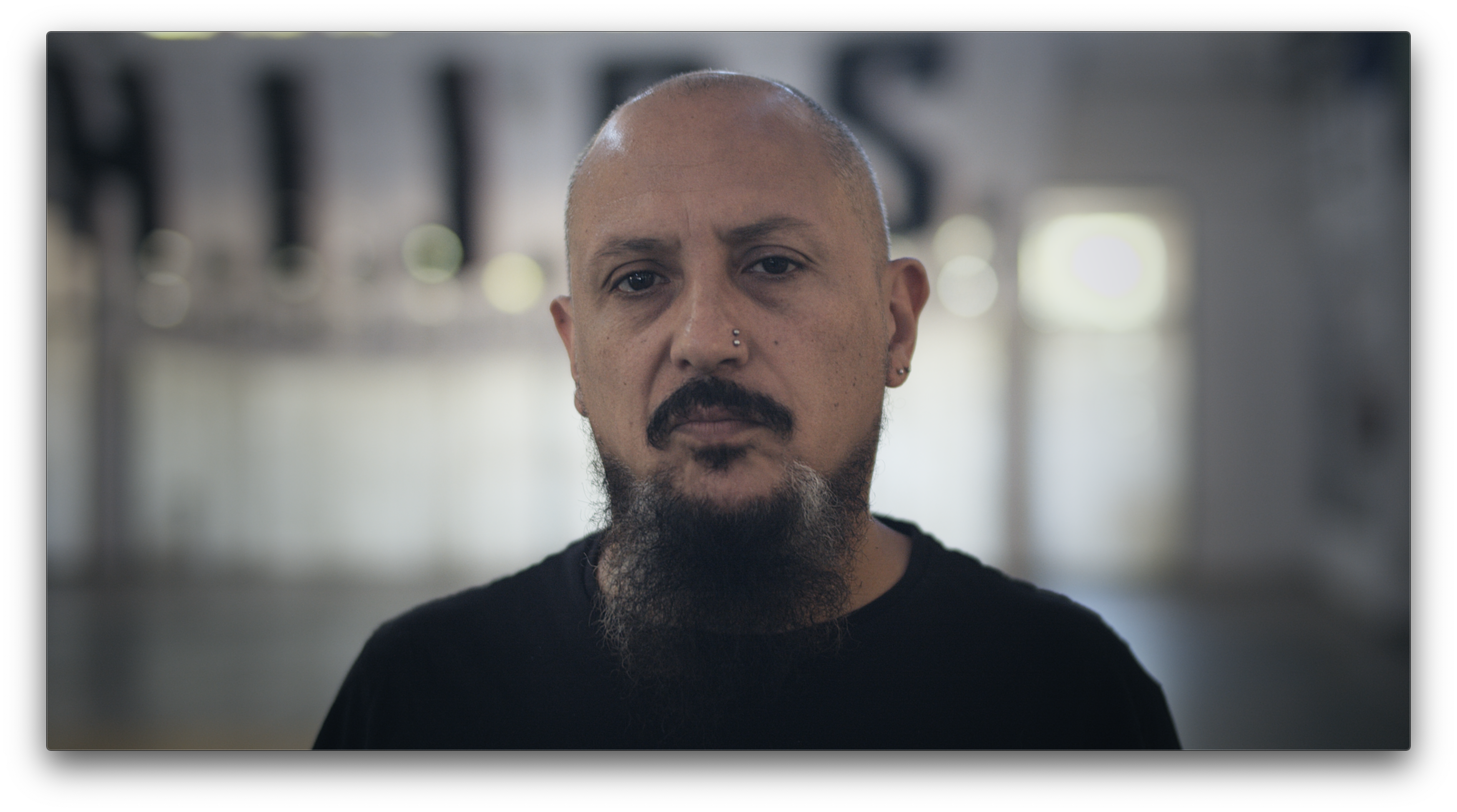 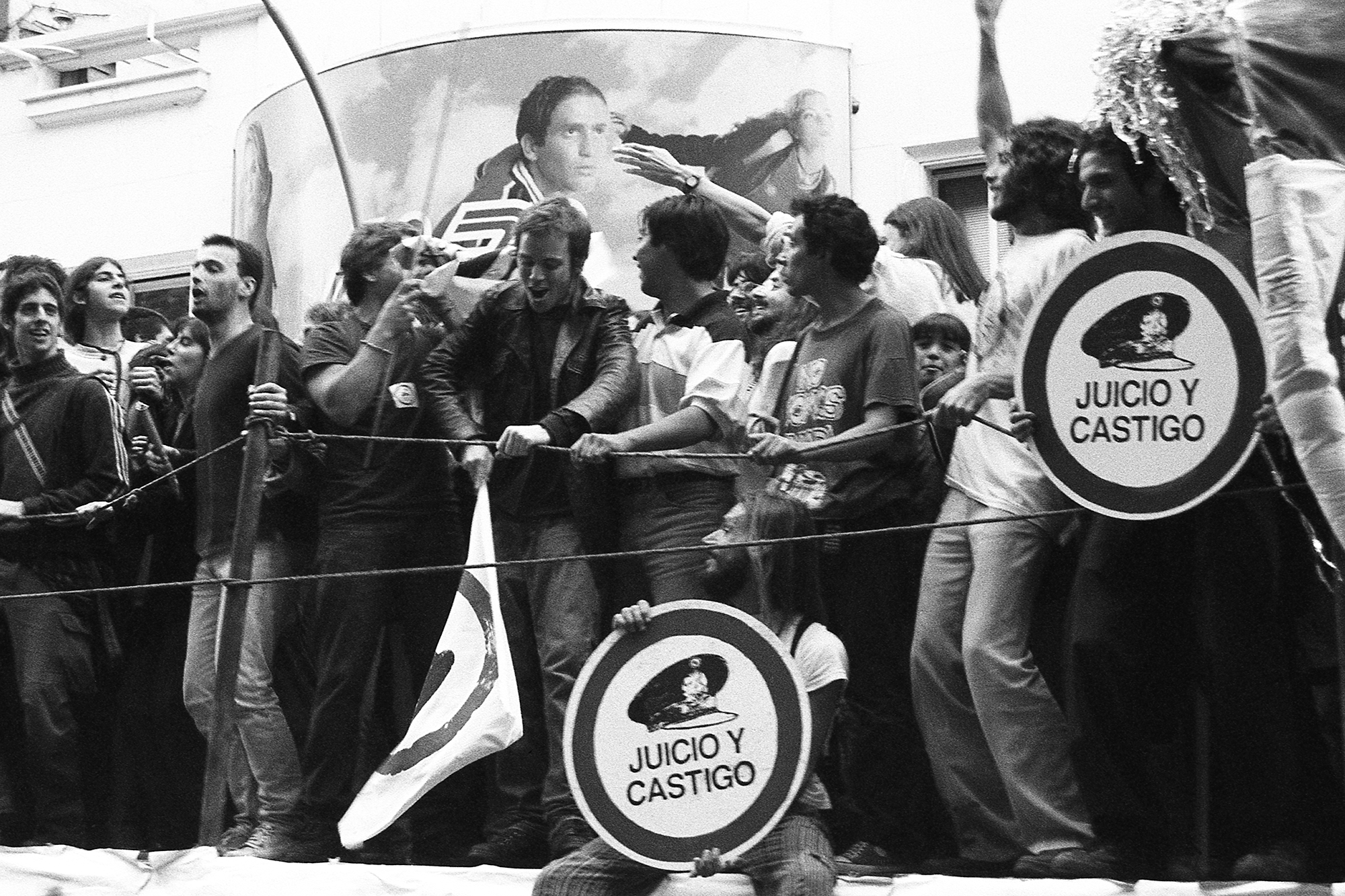